On February 5, 2013, following a 222 day break from the game, Rafael Nadal returned to tennis ranked #8 in the world. Just 9 months later he completed an almost flawless comeback ending the year ranked the #1 player in the world for the third time.

To celebrate Nadal’s historic season we present his 2013 interactive Game Tree. Nadal’s Game Tree allows you to explore how his 600+ service games played out in the Grand Slams, Masters 1000 and World Tour Finals. 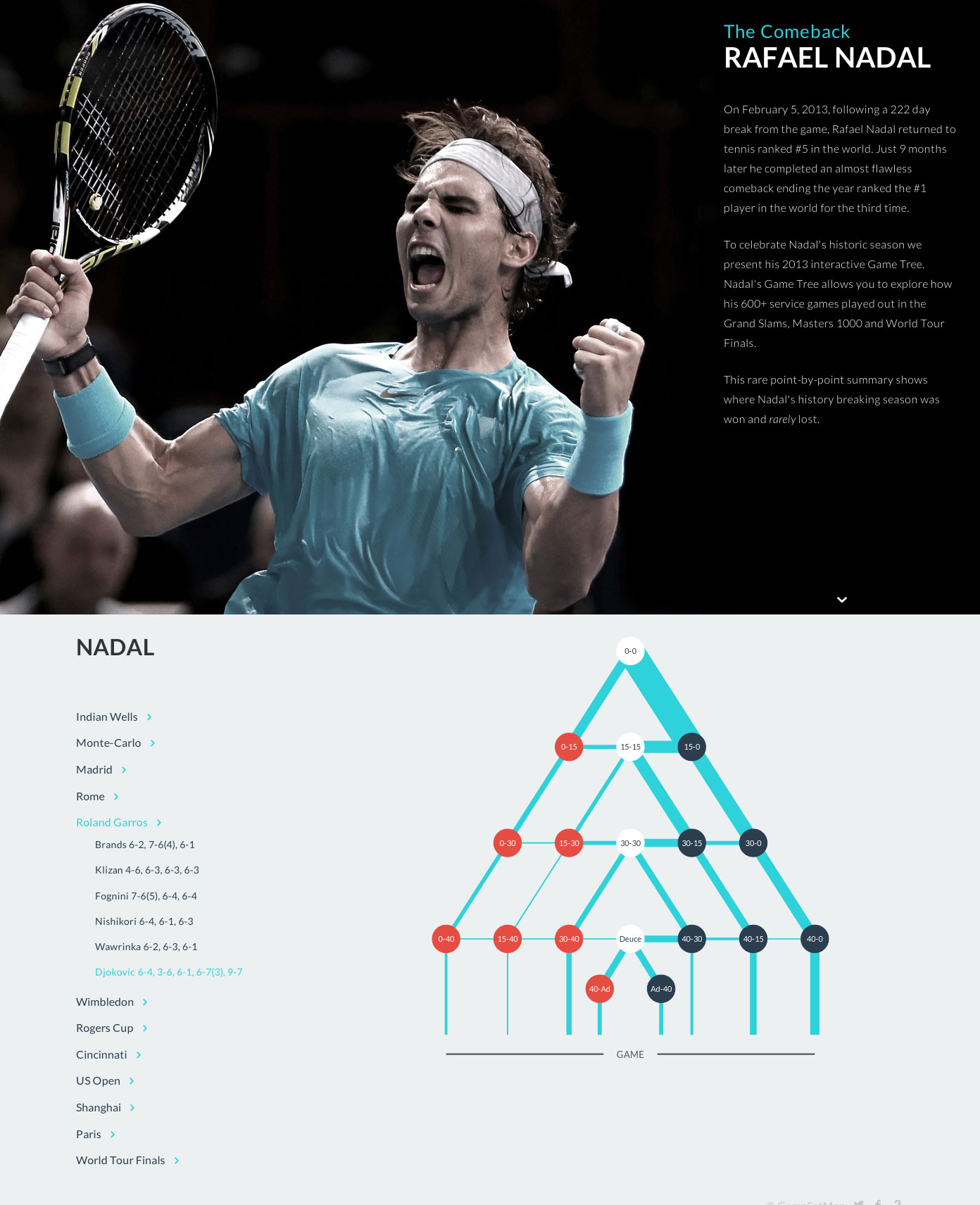 The Game Tree presents an alternate way of visualizing game momentum. The challenge was to come up with a visualization that better reflects game momentum, and therefore shows how easily, or not a player wins their service game.

Each point in Nadal’s Game Tree is colour coded to reflect the momentum in each game. Blue representing positive momentum, and red negative momentum. The spine of the game tree is coloured white indicating neutral territory for Nadal. 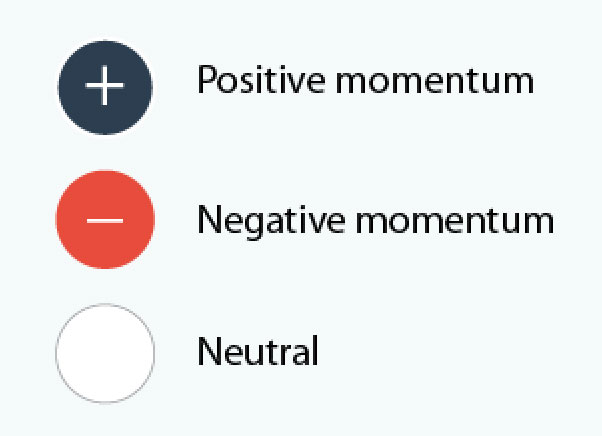 Mapping momentum through the Game Tree. Each point in the Game Tree diagram is tagged with a colour that matches its momentum classification.

Game Tree’s are perfect for coaches and players to see where in the game a player is making it, or breaking it. Once they identify the breaking points, they can go to the tape and see what’s happening on court.

And the great news is we have coded the app so we can plug in any ATP, WTA or Challenger match/es into their own Game Tree!

We believe this is the first interactive point-by-point Game Tree that maps an entire season of service games for one player. The Game Tree interactive is an experiment to see what we can do with traditional forms of tennis data. Please let us know what you think; we’d love to hear from you.

A massive thanks to David Webb for coding this up, and Ella Ling for allowing me to use her fantastic Nadal pic on the opening page. Next week we’ll go into a little more detail about the concept, design and development of the app.