In part 1 of this 3 part series, I set out to find which player out of Federer, Murray and two NCAA Division 1 players were able to land the highest proportion of their serves in the USTA target zones.

Surprisingly the School Boys outranked the big boys in this simple comparison. However once we moved the target to include zones closer to the lines, Federer’s serving clearly stood out as being the most accurate. See part 1 for the complete results of the analysis. In order to gain some real value out of this analysis, I set out to determine if there was a positive relationship between serve position and outright serve success.

To explore this relationship I classified each serve into an ‘outright success’ category. Throughout the blog I will refer to an outright success point as a free point (to keep things simple).

Free Point definition: An error made by the player returning serve OR an ace made by the server. The remaining serves were either classified as being “returned in play” or “out” (fault).

For each player I generated a Serve Map (see Figures 4 A-D) showing the position of their serves in relation to the three target zones and their free point success. 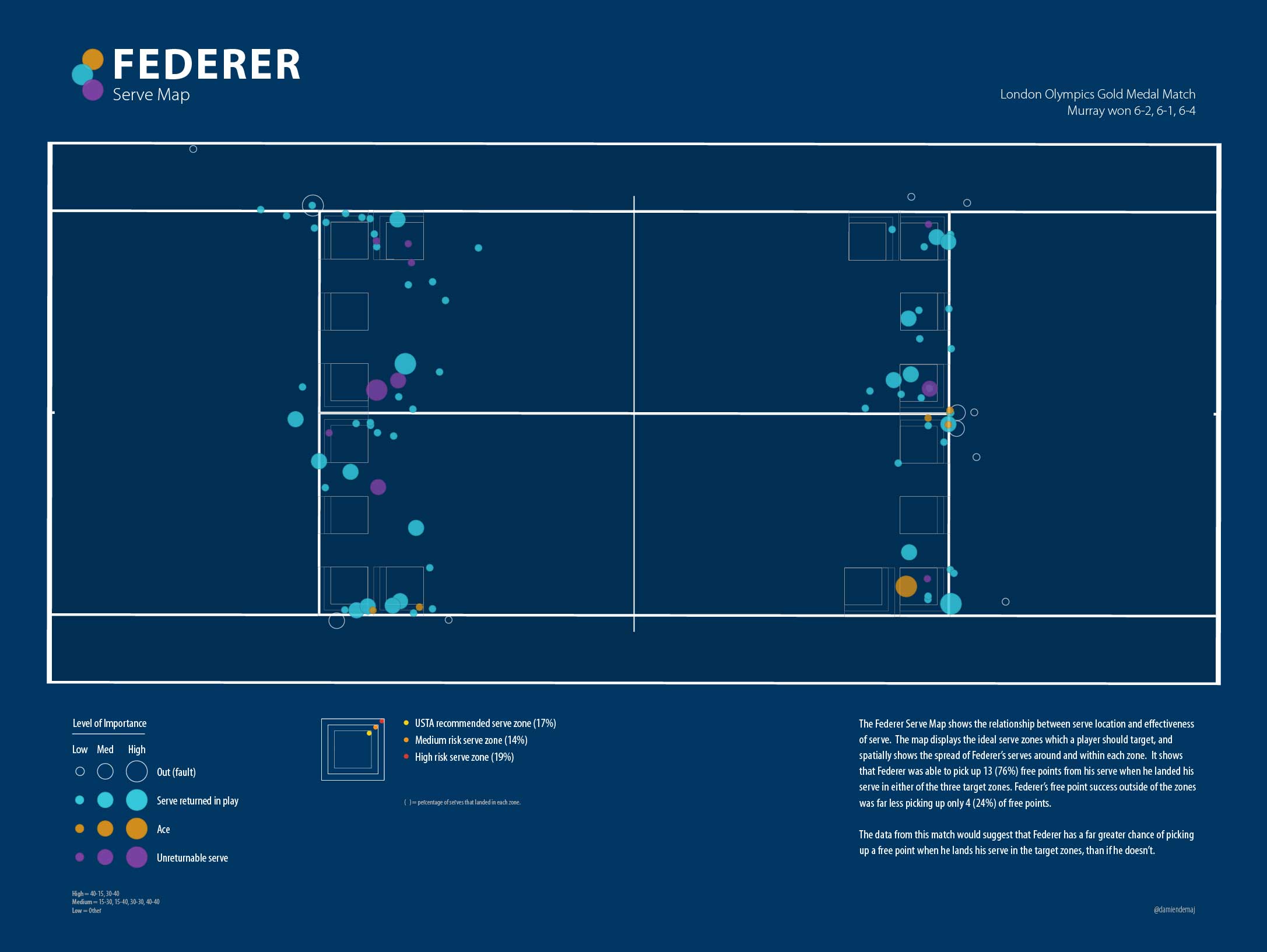 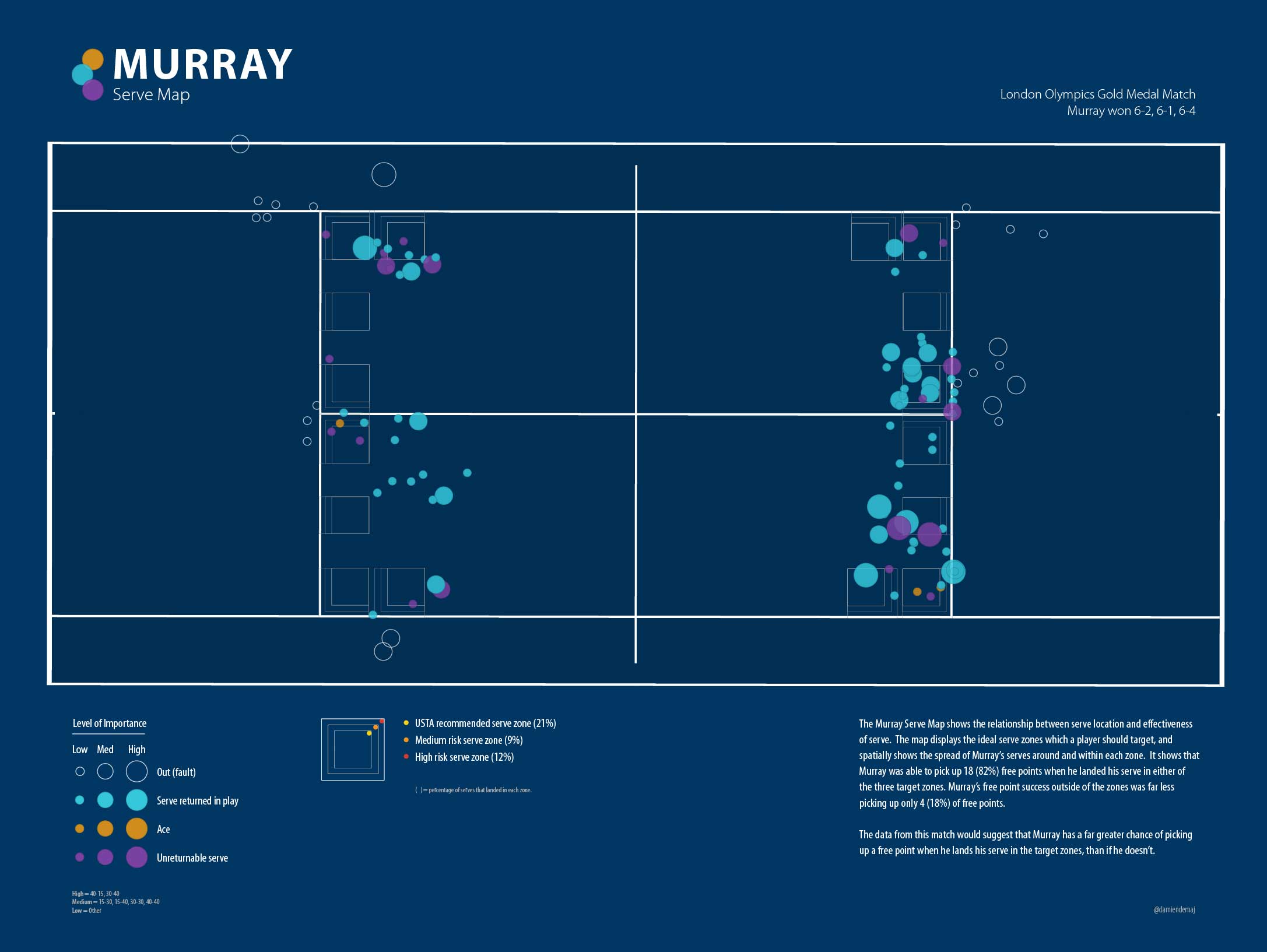 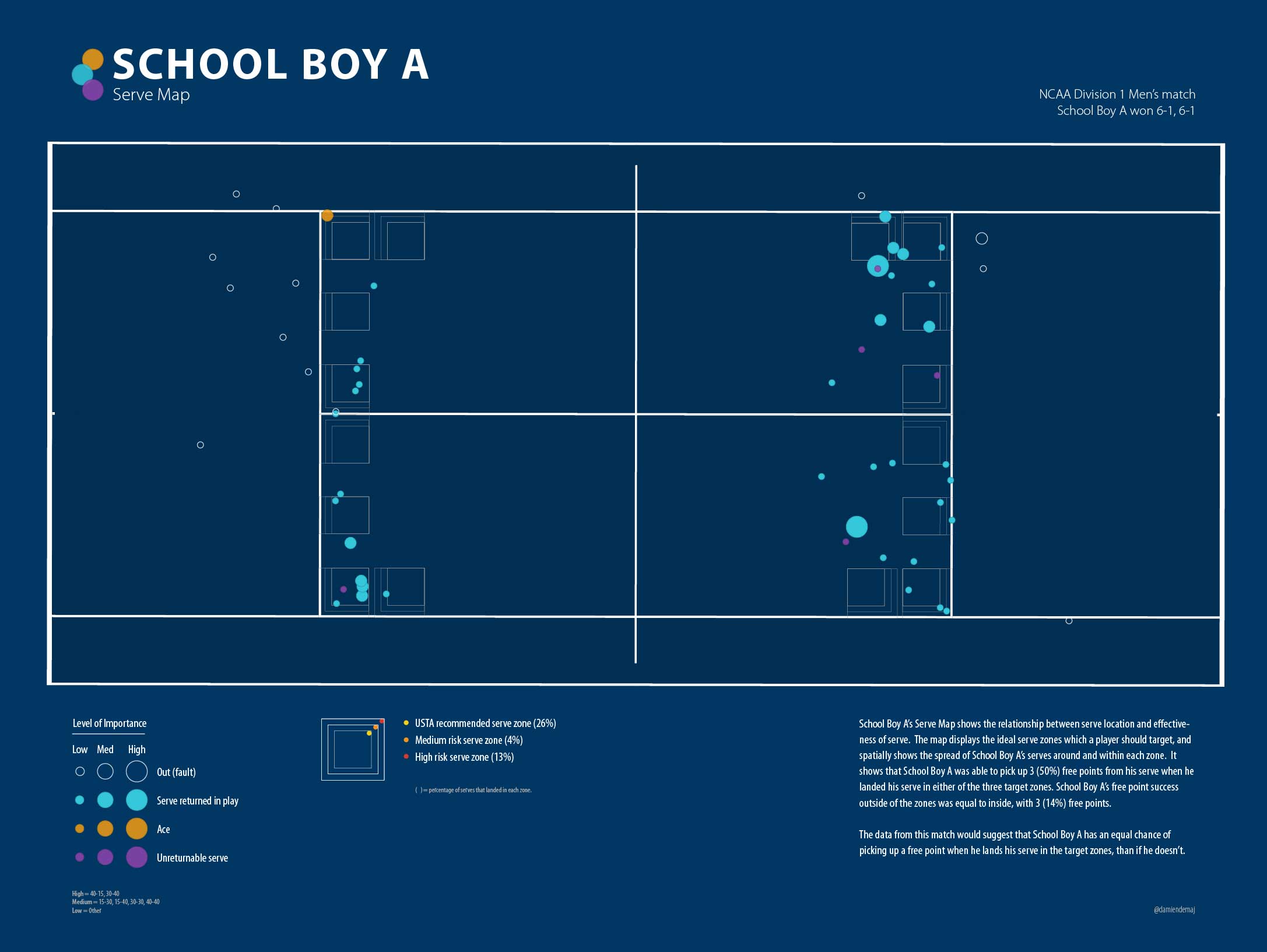 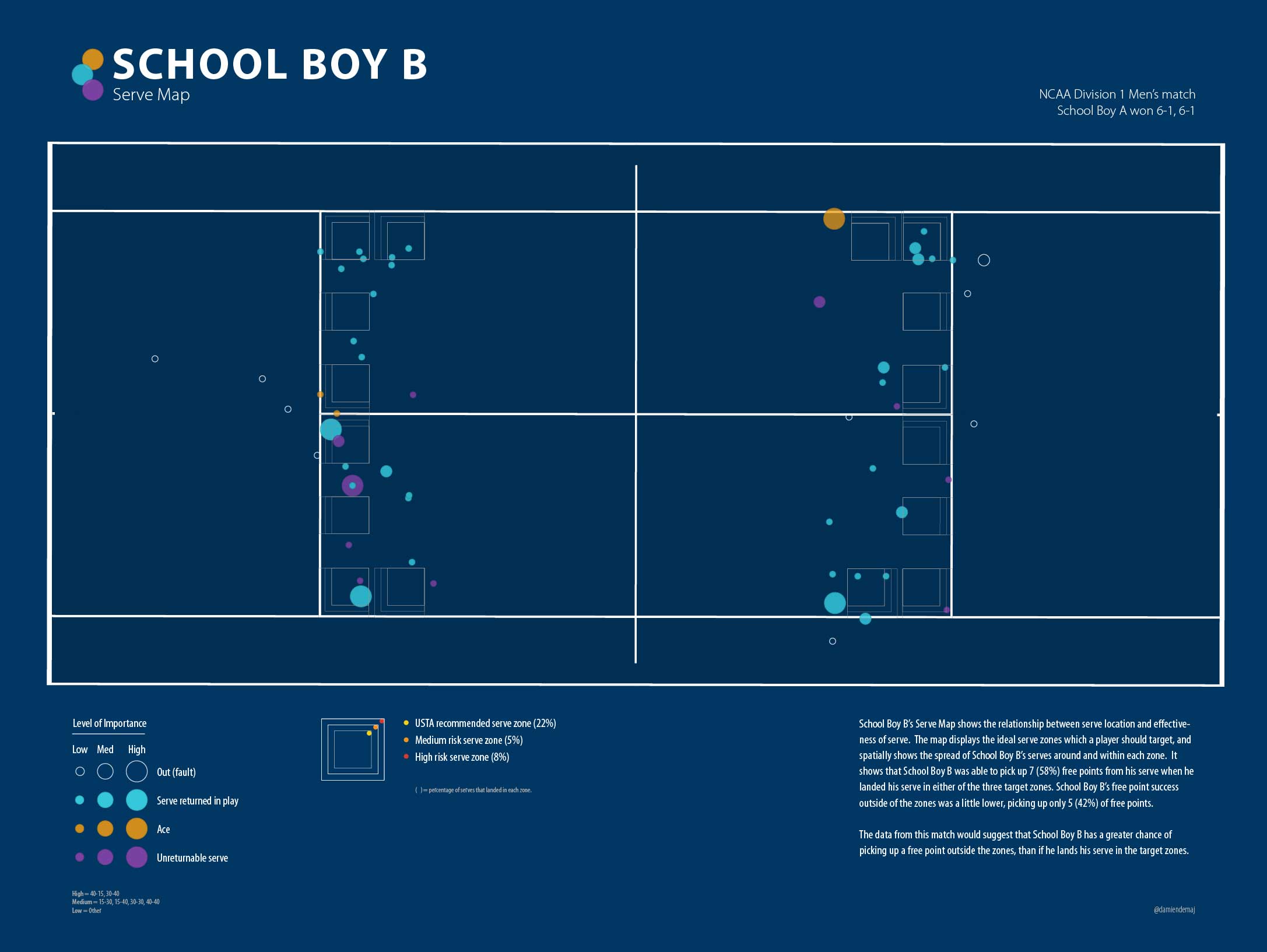 Mapping the relationship between serve location and the effectiveness of serve. The Serve Maps also show where each player served when it mattered most.

Summary: The Big Boys picked up 31 (79%) free points from serves that landed in the target zones, compared to 8 (44%) for the School Boys.

Across all four players, 39 (68%) serves out of 57 that landed in the target zones earned the players a free point.

Serves that missed the zones: To test the importance of serve position I calculated how many free points each player picked up off of their serve that landed outside the target zones, but still within the service box.

Summary:  The Big Boys picked up only 8 (21%) free points from serves that landed outside the target zones, compared to a surprisingly high 10 (56%) for the School Boys.

Across all four players, 18 (31%) serves out of 57 that landed outside the target zones earned the players a free point.

Interestingly, the same trend didn’t occur for the School Boys. Player B recorded more success outside the zones than inside (58% to 42%), while School Boy A had the same level of success inside to out. So does it mean at the lower levels of the game that serve position is not all that important? Well it is quite possible. However we need to be a little careful about the above statement given the small-ish sample size and the fact that the study only included two players. It would be interesting to see what the numbers would do over a larger sample size, and with more players. Likewise for the Big Boys, would the high level of success remain with a larger sample spread over different players?

Overall across the four players free points were easier to get inside the target zones than out.

The USTA suggest that improving and practicing your serve location will help strengthen your game, and with some luck you might just pick up some free points along the way! Well that may well be the case, but it also might depend on which level of the game you’re playing!

In the final part of this three-part blog we are going to have some fun and address the most important question of all. Which player picked up the most free drinks by landing their ball in the center of the target zones? I present another series of maps showing spider diagrams to visualize how far each player was from the centre of each zone!