The digital content team at the Australian Open contacted me late last year to write a few articles for ausopen.com. The first article (published on the 24th Jan) is a celebration of Novak Djokovic’s 2015 season titled “Game tree: the unstoppable Novak Djokovic“. The article uses our innovative game tree to better understand how dominate Novak was on his 1,033 service games in 2015. 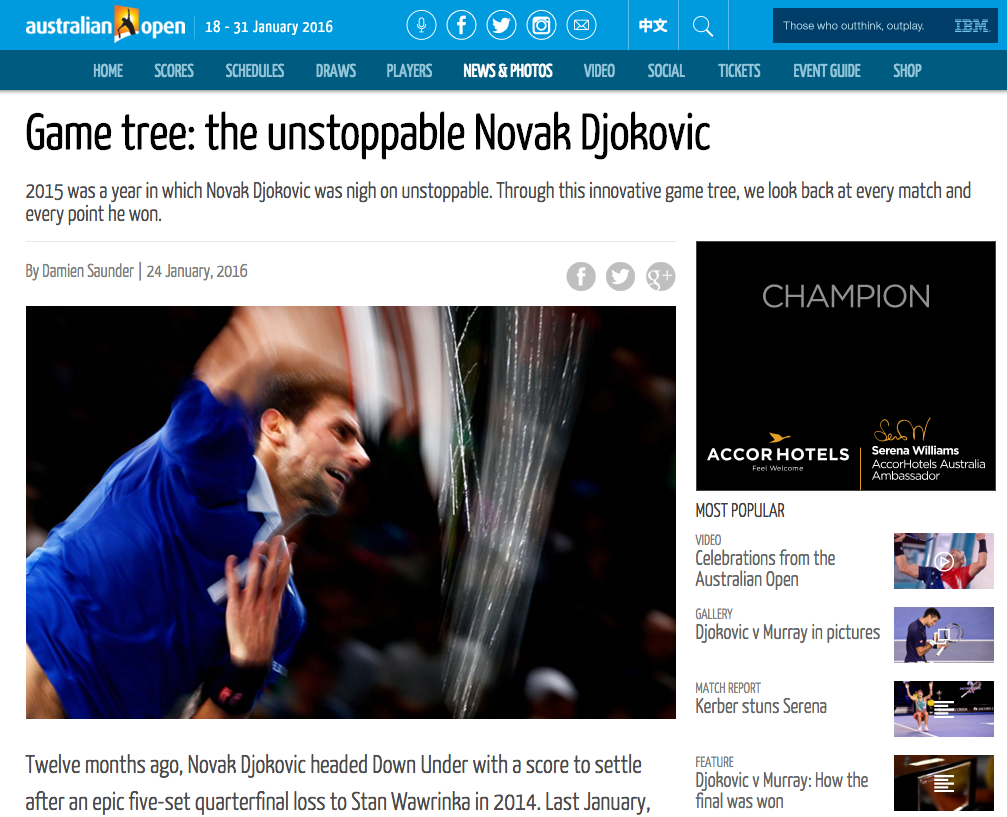 We also highlighted some of Novak’s more interesting matches throughout the year (see below):

I encourage you to use the interactive game tree to take a deeper dive into some of Novak’s classic matches last year and to see what might have been for some of his closest rivals, as they begin their assault to dethrone the undisputed 2015 king of men’s tennis. 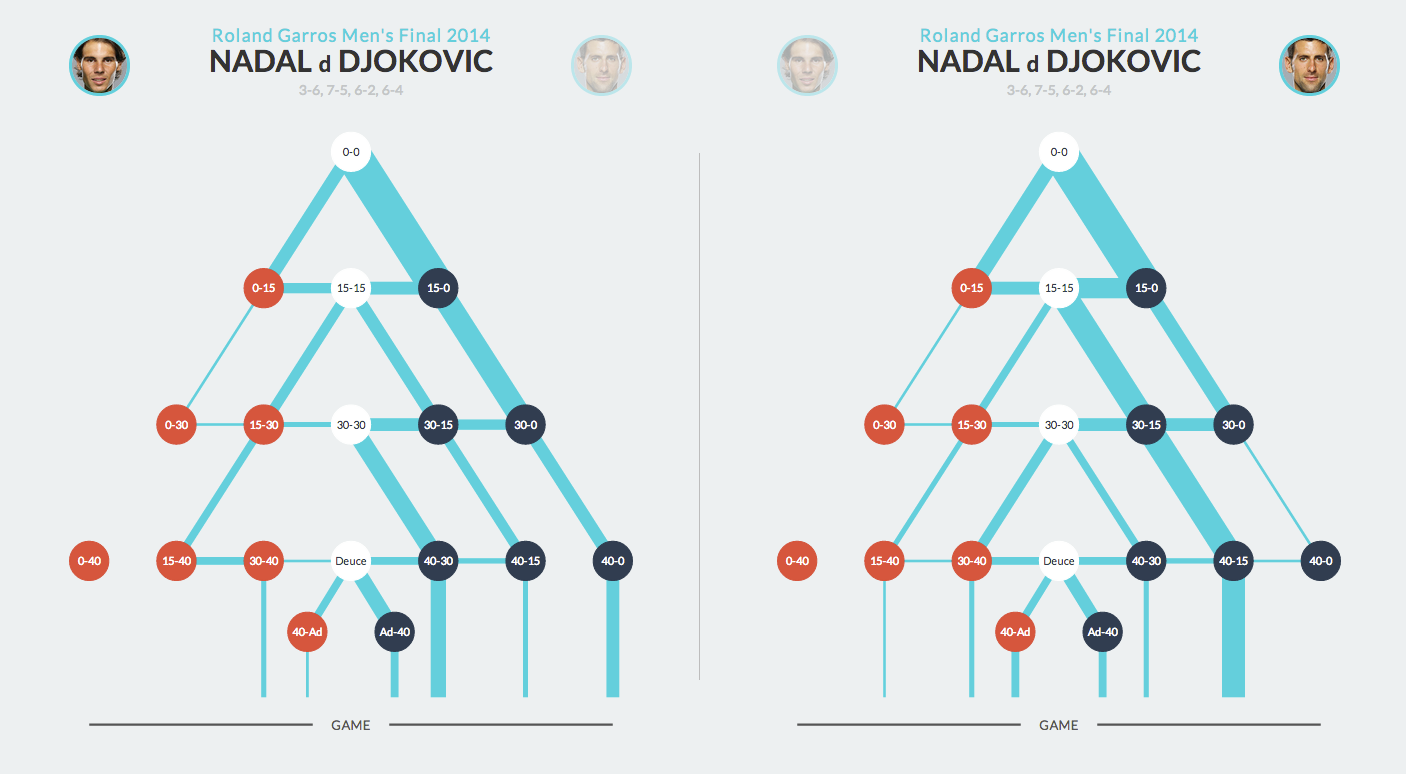